Russell Giacosa creates works about the relationship of the human being to himself, to otherness, to space and deals with questions of the present time.

It is a multidisciplinary project for stage spaces, galleries, public spaces.
It is founded on many years of work in different areas of performance production and proceeds on a path that is the result of continuous processes and trials.

Russell Giacosa is by Alessandra Maoggi 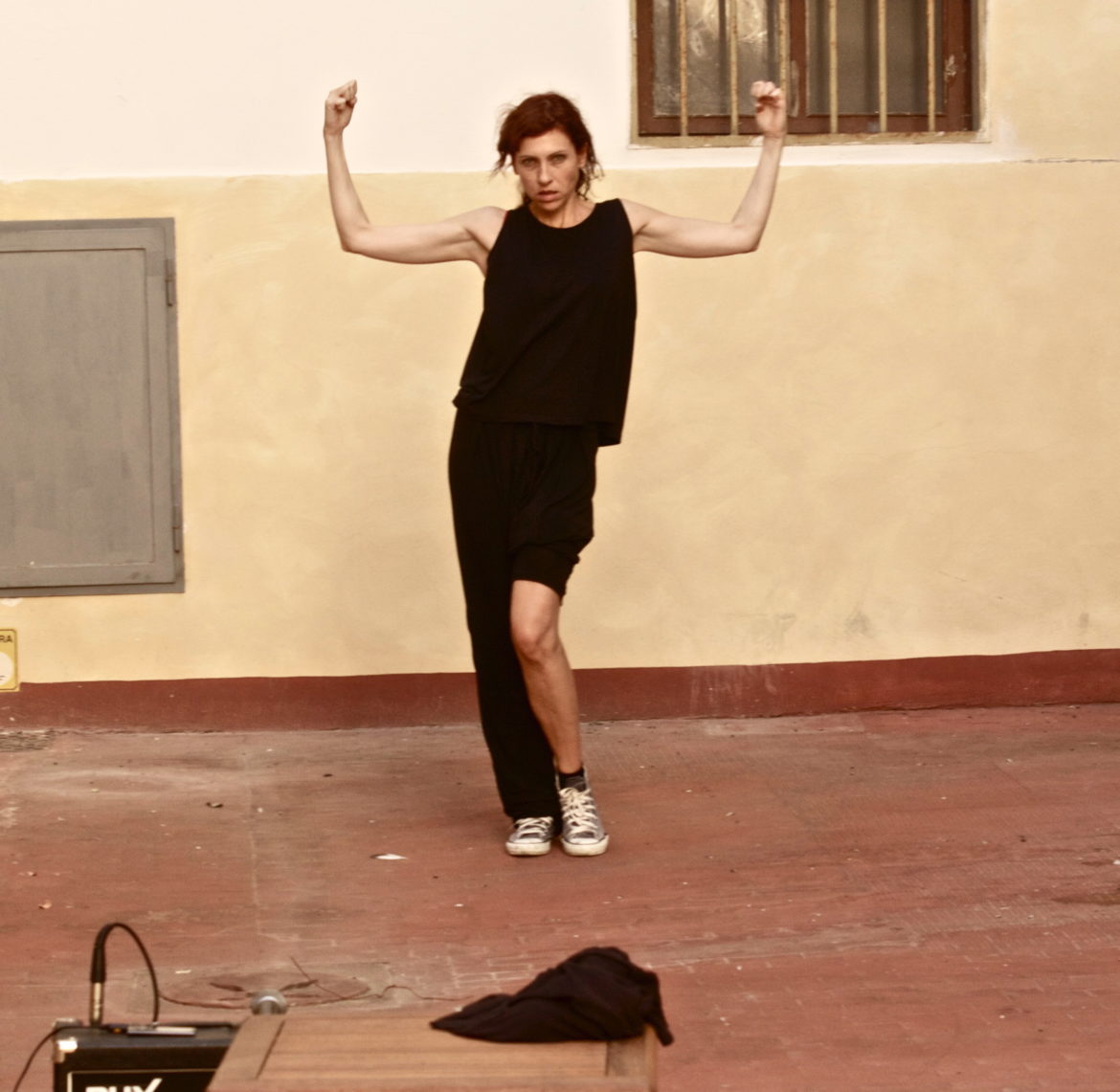 STATEMENT
Russell Giacosa collects real and imaginary poetic identities. The centre is the writing that she develops as body, volume, understanding literary invention as spatial invention.

The performance often arises from the relationship with concrete aspects and primary materials, through the body, as a living element to share an investigation on the present time. With the desire to abandon the known world, the metaphysical universe, She wants to be faithful to sound, colour, nature, logos.

With the desire to abandon the known world, the metaphysical universe, She wants to be faithful to sound, colour, nature, logos.

She works on practices of contemplation of inefficient truths.

The project has been developed with the support of collaborations and through artistic residencies (Kinkaleri Spazio K, Hause Attodue, Vivaio del Mancantone, Kulturfactory Kultursciok). the work has been presented in festivals and institutions such as Zoom, Piece, Open Fabbrica Europa, MAD, Sant’Arcangelo, SuperNova ViperT, Modus Operandi.

Alessandra Maoggi perfomance maker, author, performer. She has collaborated in Europe with stable companies and research projects with various artists including Rodrigo Garcia, Claudio Morganti, Barbara Nativi, Mauro Stagi, Fosca. She has undertaken a training path through experimental workshops with contemporary authors and playwrights including Josè Sanchiz Sinisterra. She trained at Laboratorio Nove, Intercity Festival, working as performer and assistant in contemporary dramaturgy shows. She has been involved in the training of adults, multidisciplinary educational projects, on the performance, languages of children’s theatre and writing. She has participated in awards and festivals with original texts.